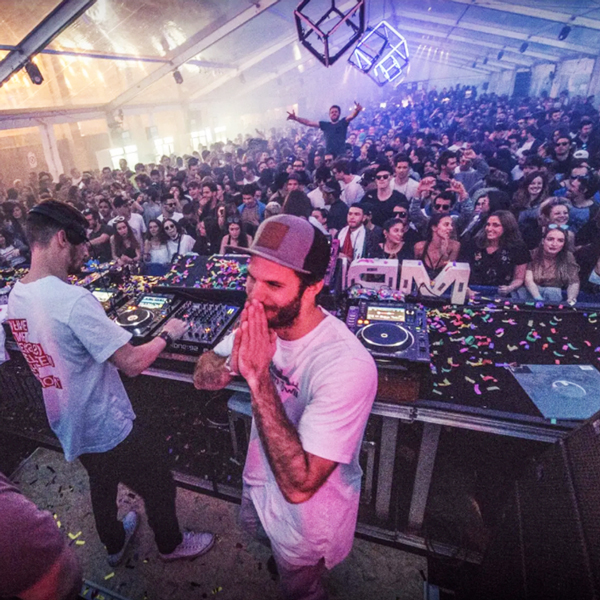 Born in Caracas, Venezuela in 1989. Passionated about Detroit and Chicago House music, Latin and Funky sound. Music is a reflection of people’s souls. Giorgio’s Soul is pure Groove.

Born in 1989 at Caracas, Venezuela; Giorgio grew up with electronic music culture in his bones. Passionate about Soul, Funky and Detroit/Chicago House music since he was a child. He left for Spain when he was 16 years old and it is there where he starts getting in touch with music production. It is in Copenhagen, a few years later, that he immediately connected with the Underground Music Movement of the city.
Reading the dance-floor and feeding off the atmosphere in the club, he taps into a wealth of musical knowledge to deliver sets full of energy, individuality, and spontaneity. Displaying both technical experience and dexterity at the controls, Giorgio shifts through styles and tempos with expertise, keeping his output of Funk, House, Deep House, and powerful Tech-House locked into visceral and hypnotic grooves.
As a producer, Giorgio highlights his deeper musicality with his attention to detail in each sound, his love of all instruments and his obsession with vocals. His first production “I Love your Ground” demonstrates the combination of Funk and House that makes his style unique. Now partnering with an Argentinian label, « Island Beats Music », he is aiming to play an important role in the imprint’s future by appearing on a various artist releases as well as delivering his own original EP. Continuously evolving and developing as an artist, Giorgio Maulini has a promising and bright future ahead.